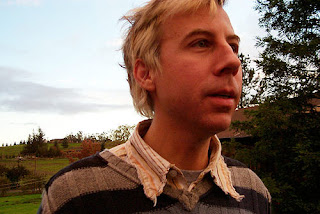 Vanderslice, go ahead, say it out loud, Vanderslice! What a great name. To be honest I get kind of bored by his recorded work but I’ve seen him open for the Mountain Goats at a few shows and each time his energy and showmanship have astounded me. TinyMixTapes has a fantastic interview with Mr. Vanderslice up where he discusses, among other things, the new ease of finding music.

This is something I’ve been thinking about a lot lately, I really don’t take the time I used to with new albums, there’s so much to listen to that if something doesn’t hit me in the first few listens I forget about it. How many great albums have I past up just in the last week? Vanderslice had some interesting things to say on the topic:

“Maybe it’s a zero-sum game. If you grew up in the vinyl age, maybe your record collection was 25 albums… and that was a sizable collection! And maybe half of them were David Bowie records. In a sense, maybe you have a Cream album and a Crosby, Stills, Nash & Young album, so in your world those albums have tremendous weight to them. And I think it is zero-sum because now… yeah, maybe it’s more difficult, there’s more white noise, but also maybe there’s 400-500 records on your iPod, and I guarantee that 100 to 200 to 300 of those are really worth talking about!

Or worth thinking about. But the thing is that as we go further down this road, everything is gonna mean less, but there’s gonna be more that means something, and I think that’s zero-sum, and I think that’s also beautiful, because anything that brings you towards a pure democracy is good.”

The Joys Of Being Jaded