2 Songs That Hit Close To Home 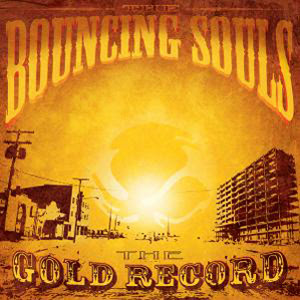 Ever have a song you listen to all the time that you never really think much of, then you go back and listen to it again and it has a completely new meaning? Tonight, I went skating, feeling a little down because I’m missing some friends and whatnot, and while listening to The Gold Record, I gave new meaning to two Bouncing Souls songs.

MP3: Bouncing Souls – Sounds Of The City: 1 AM in the morning, skating around the streets by yourself is a pretty lonely feeling when you’re feeling nostalgic. It makes you wonder if anybody else is out roaming the streets, feeling the same way. The song asks “Is someone out there like me? Walking their own lonely street?” Let me just say, yes… here I am.

MP3: Bouncing Souls – Midnight Mile: To me, this song (very much like the other one) is all about things changing and being in an unfamiliar environment. Except, I know personally that I can’t actually describe the feeling that goes along with this. My favorite line “why can’t i say it all in song” is probably the closest way to describe it.

The best part about this post is the fact no matter how much I try to explain how these songs make me feel, it won’t come out right. And I know that each one of you has songs that only you understand, and even if you were to try and explain it, it wouldn’t work… And that’s the beauty of music.

Dead To Me – African Elephants (For fans of None More Black, Lawrence Arms, Dillinger Four)