Working For The Clampdown! 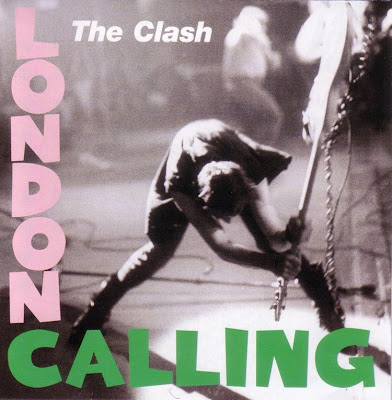 What would the Clash sound like if they smoked 12 packs a day?
MP3: Hot Water Music- Clampdown
As it begins I’m lolled into a false sense of comfort, the opening bars of music are the same Clampdown I’ve come to know and love. Then Chuck Ragan’s vocals come in. If the Clash sounded angry then Hot Water Music sounds furious. The lyrics are snarled and barked out like Ragen has personally been persecuted by “the clampdown.” This version is an interesting change of pace from the original but I wish they had pushed it further, altering the instrumentation as well as the style of the vocals. As it is now it sounds kind of like a hardcore dude singing Clampdown to a Karaoke machine.

What would the Clash sound like if they were singing a newborn to sleep?
MP3: The National- Clampdown
The National definitely chose to try something different with the song. In this cover Clampdown is slowed down, way down, and singer Matt Berninger croons the lyrics tenderly. I love the way this version brings the lyrical content of the song to the forefront forcing the listener to consider its original message. That said, it’s very slow and actually a little boring. While I like hearing the lyrics, having them whispered kind of takes the bite out.

What would the Clash sound like if one of them were a lady?
MP3: Poster Children- Clampdown
Although it’s strikingly similar to the original, this cover is my favorite. The song is sped up giving it a shot of energy and distinguishing it from the Clash version. I guess what I really like about it is the joy of the song I hear when I listen to it. Clampdown is a protest song and it’s angry and while I hear that when I listen to this cover I also get the impression the band loves the song and is having a great time playing it.

The quality’s not great but here’s a video of The Clash performing the original:

Hold Tight! – Can’t Take This Away (For fans of Lifetime, Blink 182, The Lawrence Arms)