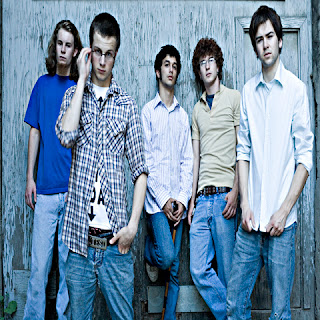 Let me start off saying that I usually hate concept albums. They usually just come off as pretentious and cocky to me, and I find the bands that release them are the same. However, Protest The Hero is different. No, they are just as cocky (from what I’ve read in interviews), but their album “Kezia” is actually really really good.

Since it is a concept album, it could be interpreted a number of ways, but I’ll give my interpretation. Kezia is a woman who gets arrested, for adultery. She is sentenced to death, and the first three songs are an analysis on the situation by the jail’s priest, who begins questioning his own faith. The next three songs are from the prison guard, who is remaining hard and convincing himself he is just doing his job. The next three are through Kezia herself, who gives a reflection on gender-roles. I’d go deeper into it, but you can probably come up with your own storyline if you listen to it.

Although, anytime I listen to this cd, it reminds me of winter, when my heat was broken, and I would need to huddle around candles on the floor while doing my Linear Algebra homework, listening to this cd… fun stuff. fun stuff.

The Steal – Split With Set Your Goals (For fans of Paint it Black, Kid Dynamite, Good Clean Fun)