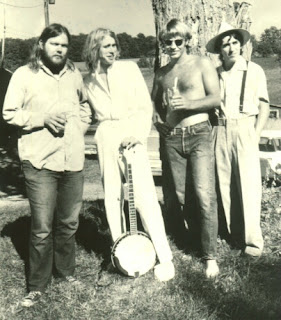 NRBQ stands for New Rhythm and Blues Quartet although by now the word “new” has to be interpreted pretty loosely. The band formed in 1967 and although there have been line up changes their (now retro) rock style has remained pretty consistent. NRBQ isn’t the type of music I normally listen to; I think their audience skews a little older (in fact I first heard about this band because of a PBS special). But it’s fun stuff, I think their sense of humor is what makes the band for me. For example the song Captain Lou below is about professional wrestler Captain Lou Albano who they hired as their manager. Anyway if you’re in the mood for something different definitely give them a try.