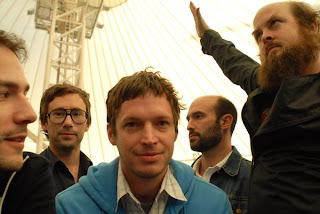 Everyone’s favorite art-punk-indie-rock band Les Savy Fav is back from their nearly 6 year hiatus with a new album titled “Let’s Stay Friends.” The Rhode Island School of Design graduates play frantic catchy literate tunes in the vain of Wolf Parade and The Parlour Boys. I really dig the handful of new songs I’ve heard so far, sounds like they’ve kept their energy and wit and really honed in on musicianship. Check out these track from the new album and see what you think.

Murder Mystery at the Bowery Ballroom