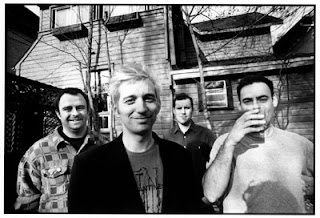 After John Samson left Propagandhi he started a publishing company, then he started another band. Bet you can’t guess which this post is about. The band, The Weakerthans, play indie-rock, folk-punk. It’s been four years since their last release “Reconstruction Site” so I’m pumped to hear they have a new album coming out in September. The new record titled “Reunion Tour” was produced by Ian Blurton who also worked with the band on “Left and Leaving” and “Reconstruction Site” two great records so I’m confident the new stuff will be just as good. In the mean time here are some old MP3s.