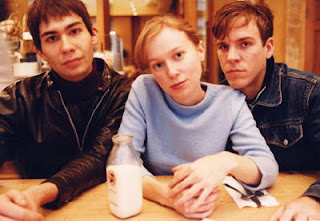 Rainer Maria, a now defunct indie rock band from Madison Wisconsin, named themselves after the poet Rainer Maria Rilke. Their last album, Catastrophe Keeps Us Together came out in 2006 but I’m going to post a couple tracks from 1999’s Look Now Look Again because it’s my favorite and what the heck, it’s my blog. Breakfast of Champions has always been a favorite of mine because of the energy. The half-singing half-yelling both Caithlin De Marrais and Kyle Fischer employ adds an urgency to the song that makes it a hard track to ignore. Rise was reportedly the last song played at their final show and listening to the lyrics I can’t think of a better note to end on “a way of saving your words, say nothing, if it’s forced.”

Why Am I A Rasta Man?

The Know How – Now In Technicolor (For fans of Big D and the Kid’s Table, Mustard Plug, Arrogant Sons of Bitches)