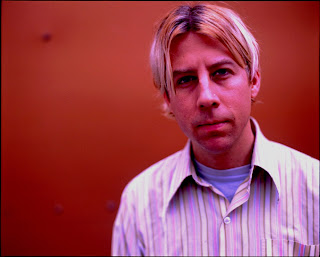 I’ve never been a huge fan of Vanderslice’s recorded work but seeing him live is another experience entirely. I’ve seen him open for the Mountain Goats several times and each time been amazed by his stage presence and energy. So as always I wasn’t wowed when I heard his new album Emerald City, but ah there’s an upside. Vanderslice and crew recorded themselves playing the album live at his studio Tiny Telephone, it’s almost as good as seeing him live. No, it’s not, but it is very good. The videos are posted on a handful of blogs handpicked by Vanderslice my favorite being at You Ain’t No Picasso.