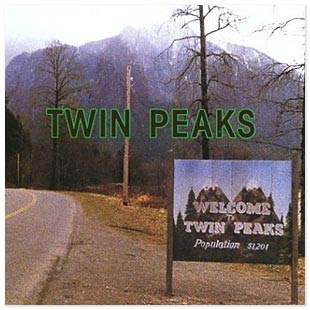 Me and the roommates watched David Lynch’s Blue Velvet last night and it made me want to start watching Twin Peaks again. I’ve watched the first season and a couple episodes into the second but I’m definitely ready to finish the series off. I miss special agent Dale Cooper and of course everyone’s favorite character the Log Lady. I’m always shocked by how such a bizarre show got so much mainstream attention. It aired on ABC and was one of its most successful shows in the first season. I can’t imagine ABC airing anything that strange and awesome today.

Some people think the M. Ward song I’ll Be Yr Bird is about Twin Peaks:

“I cannot resist the opportunity to speculate on a few lyrics from the end of the song, which closes with three repetitions of the lines “I’ll hide your locket under the dirt / I’ll be yr bird.” The ears of any good Twin Peaks fan would perk up at this line, and part of me cannot help but think that the song is really meant to be from sweet, stupid James Hurley to the ghost of sweet, dead Laura Palmer. I mean, come on! We all saw him stash his half of the locket in the dirt off the road at the end of the pilot episode.” – Jared Bland