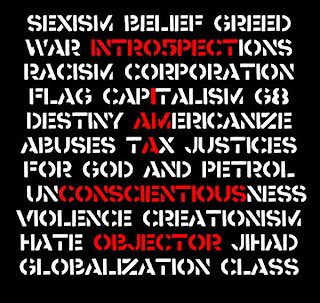 Intro5pect is freshening up the punk scene mixes crazy techno, electric beats with blazing punk rock, all with intelligent lyrics. This time however, they brought a friend. Featured on a few of the tracks is Choking Victim’s/Leftover Crack’s very own STZA (who even sings on a schizophrenic seizure inducing cover of LoC “Nazi White Trash”… be still my heart!)

Realpolitik is definitely in my top 5 albums released this year, and I would highly recommend checking it out (even if you’re not into it, it’s refreshing to hear something new done with punk). I don’t think I’ve ever wanted to start raving and moshing at the same time as much as I do when I listen to this.