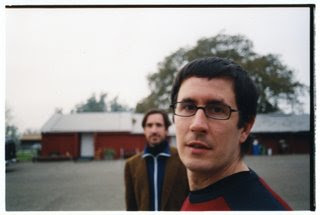 I thought the show was on Friday so I was at a bar with some friends last night when I found out The Mountain Goats were about to go on. I ran out of the bar to the subway and from the subway to the venue and only missed a couple songs. With the drinking then the running I was kind of light headed but here’s what I think happened:

For my money I think this was a better show than the one he played a couple months ago in Brooklyn. He didn’t play two many songs from the last two albums and even mentioned (I think) that the new album is gonna be less emo and mopey than the last couple. Awesome. He also sung the Fall Out Boy song Sugar We’re Going Down off mic. A couple of my favorites from last night were Alpha Incipiens, The Best Ever Death Metal Band Out of Denton and Pigs That Ran Straight Into The Water, Triumph of.