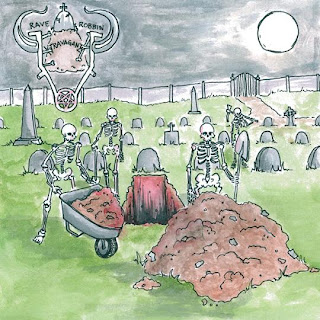 I wouldn’t exactly call a breeding ground for heavy metal (hell, I wouldn’t even call it a breeding ground for light metal). The college town doesn’t seem to have much Nordic roots (it’s rather colonial and Jefferson actually), and out of the many restaurants I’ve been to over my 4 years there, I have yet to see a place offer any “blood of the Christian-born” soup.

Yet, even with the lack of goat-sacrifices, a small legion of Satan’s army manages to be metal as all bloody hell. These minions are more commonly known as “Grave Robbing Extravaganza”, and their debut LP “Buzzard Feast” will seriously melt your face (and then your skull for good measure).

The songs are epic (which takes a little punk rocker like me who is used to songs clocking under a minute some getting used to), with their 8 songs album clocking in at exactly one hour. Crazy shredding, insane drumming, and enough growls to make The Lion King crawl away in shame, these guys have a range of influences. Hell, (I’ve said hell four times now, just to make this post more metal), acoustic guitars even make their way in a few of the songs, and not in a “Look at me as I sit under a tree shirtless with my long board after a rousing game of ultimate Frisbee trying to impress chicks with my Dave Mathews covers” sort of way; no, these acoustic guitars are more of a “long walk on the beach with Charles Bronson” if you see what I’m saying. Also, as much as they will probably deny it, I definitely hear some punk influences in some of the songs (especially the two songs posted at the end of this post).

Also, those bastards wouldn’t use the logo I drew for them during their “logo contest”. 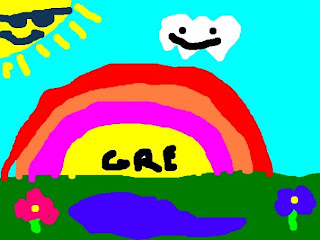 Please make sure to harass them and get my logo on a t-shirt.

Oppenheimer- Take the Whole Midrange and Boost It