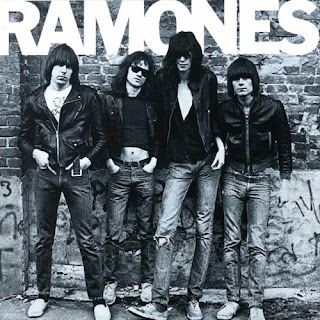 Shit man, it’s the Ramones. Everybody knows the Ramones. Hell, they’re name has become some merchandised that I will guarantee (or your money back) that you can go to Sears and pick up a shirt with their logo on it (although please don’t do that).

Regardless, they were one of the biggest (if not the biggest) influence in punk rock, and they’re first album (“Self Titled”) is the most influential record in the history of punk.

Some (punker-than-thou) complain about The Ramones, claiming that their songs are simplistic and cranked, sped up Beach Boy rock. All I have to say to these people are: you are absolutely correct… However, this was the beauty of the Ramones rather than a pitfall: simple yet catchy chord progressions and faster than anything ever heard during that time period.

Check out where it all started, and learn some songs that weren’t “hits” but amazing all the same.

Lighten Up – Where Fun Goes To Die (For fans of Paint it Black, Kid Dynamite, The Steal)