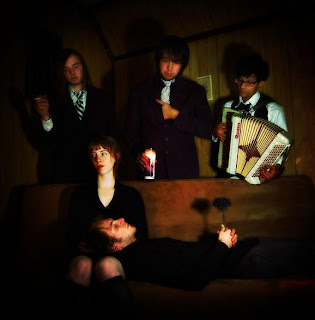 I haven’t been too active in checking out new music lately. When the Weakerthans are so good why bother listening to anything else right?

But I had a little free time at work today and decided to listen to a few promo emails we’ve gotten. Within the first minute of the first Light Pollution song I heard I knew I would be writing a post.

Definitely take a listen if you’re a fan of The Arcade Fire, David and the Citizens or Ravens and Chimes. Rough vocals and spots of lush instrumentation are what keep me listening to their 5 song self titled EP. The band is currently out on an East Coast tour, definitely try to catch them especially if you’re in PA as they’re playing with Housewives favorites The Extraordinaires.

Barnaby Jones – S/T (For fans of Paint it Black, Minor Threat, The Steal)