Atom and His Package To Play Re-Union Show! 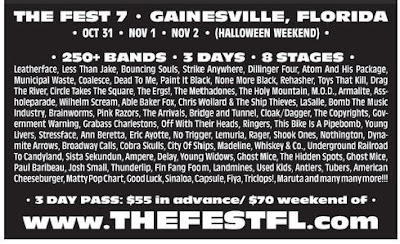 Apparently, Atom and His Package are reconciling their differences (the package wanted an upgrade), to play The Fest down in Gainesville Florida. The Fest will be going on from October 31st through November 2nd.

Along with Atom will be The Bouncing Souls, Less Than Jake, Strike Anywhere, None More Black, Dillinger Four, Municipal Waste, and a crapload of other bands that I’m completely obsessed with. If you live in or around Gainesville, screw you. Seriously. (aaaaand…. have any room for a brotha to crash that weekend?)

Also, Atom, don’t you think you need a warm-up show in Philly? The package is probably a bit rusty.