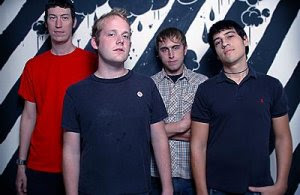 “After almost ten years of NMDS there seems to be no more dead horse left to kick. We will be playing a pre-Fest show in Tampa on October 29th, and The FEST itself looks like it will be our final show as NMDS. Thanx to everyone that have been rad over the years. You know who you are. On a couple of positive notes, there are no hard feelings between any of us, and we have our new bands GATORFACE and VIRGINS both releasing shit this year. There is also a new project in the works with a certain sadistic magician that hopefully some of you will be stoked about.”

Tis’ a shame, as New Mexican Disaster Squad were one of the more solid melodic hardcore bands, playing in the veins of Paint It Black and Western Addiction. You’ll be missed guys.