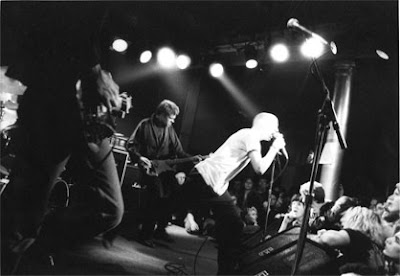 Embrace was very short lived (1985 to 1986), but did create one hell of an album. The music could best be described like the band itself: somewhere between Minor Threat and Fugazi. The songs are nowhere near as heavy as Minor Threat, but definitely more straight forward than anything Fugazi ever put out.

2 Songs That Hit Close To Home