I Against I Breaks Up! (For fans of The Descendents, Bad Religion,Osker) 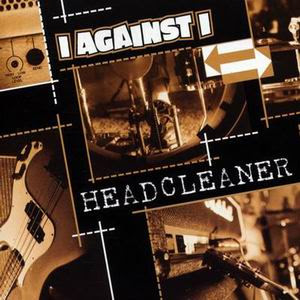 Wow, the other day, I was listening to I Against I’s “Headcleaner” for the first time in years, and decided to write a post on them… turns out they just broke up a week ago.

The greatest band to ever hail out of Holland, I Against I released this statement on their myspace:

After 14 years we’re calling it quits.

We’ve accomplished more in those 14 years than we ever dreamed of. We toured all over Europe, were the first band to ink a deal with Epitaph, played shows with the likes of ALL, Bad Religion, Descendents, Down By Law and Rancid and made friends everywhere.

It has all been a blast but time has come for us to pursue other things.

We would like to thank our ex-bandmembers Marten and Robin, all the friends we made along the way, all the people we worked with and everyone who has ever supported us in any way.

Before kicking it in the Caribbean we’ll be playing two more shows. We hope to see each and every one of you on these dates:

As “Headcleaner” was one of my first punk albums… I Against I will be greatly missed.

If you like I Against I, check out these articles (or die):
I Against I – I’m a Fucked Up Dancer, But My Moods are Swinging
Bankrupt (Hungarian Punk Rock)
NOFX
Dillinger Four – C I V I L W A R