Drunken Yuppies Breaking Into My House (A Mix!!!) 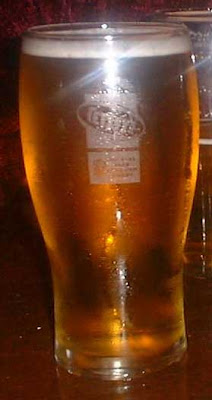 (Now I’m not a doctor, but if you can’t remember where you live… you might want to lay off a bit)

So, the other night I went to go lay down around 2:30 am without the intentions of actually going to sleep. Oops. Waking up at 5 am, slightly irked that I passed out, I realized that I didn’t shut off any of the lights. In a half asleep daze, I stumbled across my bedroom into the living room, and noticed that I didn’t lock the door to the apartment.

As I made my way across the living room, I glanced at the couch and noticed somebody passed the hell out, laying down on all of my jackets I had piled up. My first thought was “huh, I don’t recall having any friends over this weekend…” then it hit me.

Either this was something taken straight out of world’s dumbest criminals, or some dude my age (mid twenties) got so wasted that he thought my house was his, and decided to shack up for the night. Not wanting to get the cops involved (cops always have a way of complicating things), I decided I was gonna handle it myself either way. Seeing as nothing was stolen (ipods, wallets, etc. were all right next to the couch, untouched), I realized bro-ski here was a little lost.

“Yo! What the fuck are you doing in my house dude?”

That got Rip Van Winkle’s attention. He bolted upright, making a face resembling a deer in headlights. I started to feel bad for my house guest, as I’m sure certain friends of mine have probably done the same exact thing this guy was doing: “You alright man?”

Without a word, he grabbed my college hoodie I had on my couch, and started to put it on.

“Try again. That’s not yours man.”

He then reached for my girlfriend’s small Ralph Lauren vest.

“I really don’t think that’s yours either dude.”

Finally, Sleeping Beauty spoke: “Oh, I think I left my jacket in the car.”

“Alright then, how about we go outside and figure things out. Got everything?”

He finally leaves, with me sarcastically saying “Sorry to wake you”.

His response: “It’s cool” as he walks across the street to his house (or at least I think it’s his house, his record wasn’t so hot that night).

May the heavens forgive me for inconveniencing this guy! In retrospect, I should have challenged him to a game of Wii Bowling.

I Left My Heart In Jersey (A Mix)

I Never Get Sick of This One