The Bronx – The Bronx III (For fans of The Humpers, The White Stripes, Teenage Harlets) 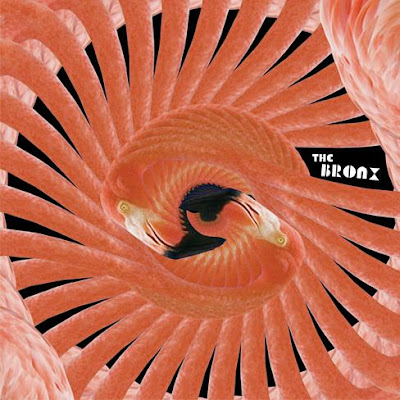 Take The White Stripes, teach them to play punk rock and teach the lead singer to scream, and you’ve got The Bronx. Now, personally, I despise The White Stripes (and most garage rock for that matter), but then again, they aren’t playing heavy as shit punk rock.

The Bronx’s latest (the slightly pretentious third self titled album) pulls heavy influences from garage rock and mixes it with their own blend of punk rock, creating a sound that fans of The Explosion will eat up. The guitars have a dirty L.A crunch to them, and the vocals have a damn impressive growl about them.

Many reviewers are calling this the album of the year and compare their sound to Black Flag… while I’m going to have to completely disagree on both accounts, The Bronx (III) definitely is a solid album to add to your music collection.