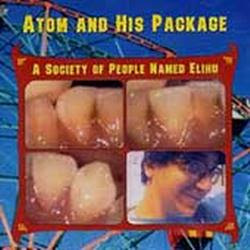 So we here at the housewives are completely obsessed with Atom and His Package, posted on him more than anyone else on this blog, but somehow managed to never actually post on any of his albums.

Fuck the reviews, this album is solid genius, and is one I seldom get tired of listening to. Maybe it’s the way Atom took classics from Fugazi, Misfits, and Youth of Today and completely turned them into synth songs that pissed people off. Whatever, nothing is sacred in this one man band.

After The Fall – Eradication (For fans of Propagandhi, I-Spy, Strike Anywhere)