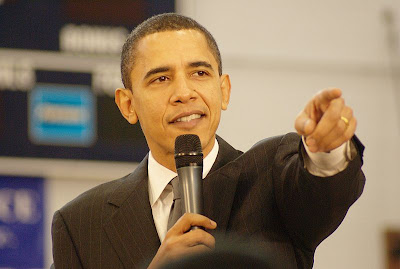 So it has finally happened, the day is finally here! After 8 looooooong years (you know it’s long by the amount of ‘o’s), President Cheney and his little puppet Bush are finally leaving D.C (which should help D.C’s crime rate a bit), and we’ve got two other ones who hopefully won’t mess things up as bad as the last two scumbags.

Now I’m not naive enough to believe that Obama is going to stand for the people, bring all this “hope and change”, etc… (he’s a politician, and in order to be elected, you have to comprise some ideals, otherwise you wind up like Kucinich) but I’m almost positive he can’t mess things up any worse than they are (and if he did, I’d be impressed). It’s also going to take more than one man to change the way things work in this country, this shit is waaay to deeply rooted into our society. Hopefully the new president wakes people up some and gets them to stand up for what is right.

MP3:
Raised Fist – Go Away
Side By Side – Sick of Things The Way They Are
More Mixes:
Intermission (A Short Mix)
Drunken Yuppies Breaking Into My House Mix
Auto Bailouts and Other Dastardly Deeds

Arrah and the Ferns