I arrived at West Chester’s “The Note” not really knowing what to expect since I’ve never been there. It was a laid back, kick ass bar that even had free water and a chill little atmosphere to it. For one, the crowd was mostly over 21 (which is just weird at a ska show).

Last Martyrs of a Lost Cause: 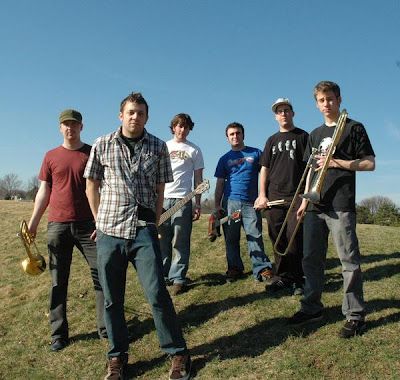 I showed up towards the end of Last Martyrs of a Lost Cause’s set. Hailing from my current city of Philly, I’ve seen these guys on fliers all the time, but never got around to seeing them. With their horn section consisting of two trombones, the band played really tight with each other. They reminded me a bit of Edna’s Goldfish (unfortunately, I do not like Edna’s Goldfish), the band had a few in the crowd singing along. 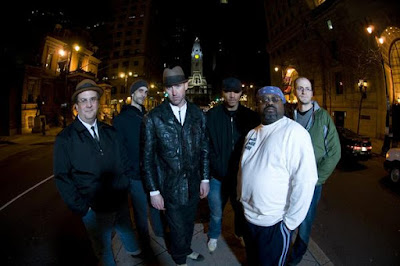 Philly ska legends that I haven’t seen in 6 years! First time I saw them back in 2003, I had no idea who Ruder Than You were… Recently, the band has made quite a name for themselves in the Philly ska scene. They were having some mixing issues in the beginning (feedback, vocals too low), but eventually they overcame it and had most of the crowd skanking along. Their music transcribes much better live than it does recorded, and I would definitely recommend checking them out if they play a show near you. I grabbed the setlist, but they started taking requests, so it may not be accurate.

Setlist (what they had written, but they played requests so it may be wrong):
Not Deaf Yet
Baby Tonight
On A String
Creation Sounds
Drive Your Car
Reggae Rub-A-Dub
Brand New Day
Swallow Blood (Request)
Paranoid
Future Girl
Meet The Beat
Yo Ho Down
Justice 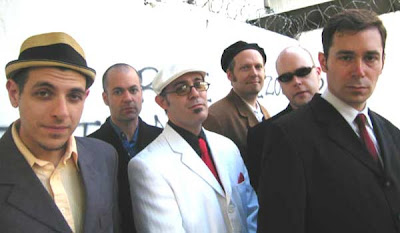 Do The Slackers ever put on a bad show? Everytime I’ve seen them, The Slackers completely own it live, and I’ve always had an awesome time. Last night of course, was no different. They brought West Chester (and Philly… since half the crowd drove from the city to get there), their sweet, sweet style of revival ska, and the crowd skanked through their entire set.

At one point, Victor (vocalist, keyboardist) said it was kind of nice to be in the bar as opposed to the sweaty Philly church basement for once, although kind of weird. Halfway through their set, they decided to just play a bunch of requests, and so the setlist I have is definitely not accurate, but what the hell:

MP3:
Ruder Than You – Swallow Blood
Slackers – Everyday is Sunday

Rude Housewives Articles:
The Slackers – Self Medication
Slackers Live In Philly (9.5.09)
Ruder Than You – God’s Ghetto (Their funk cd)
Pietasters – Willis
Two and A Half White Guys