On Sunday, I headed out to Philly’s Danger Danger Gallery (which is pretty much a row home in the heart of west Philly, where the shows take place on a shin high stage in what looks like it used to be a kitchen), to catch my favorite one man pop act: Totally Michael. Playing the second slot on a bill of six, the show got a really late start so I was able to catch it all. 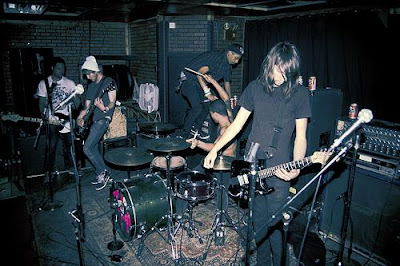 Wow, these guys were as fucking punk rock as they come. The lead singer appeared completely wasted, and claimed all they do is drink and skate (which pretty much every song was about). The second the band started, a small (well it appeared large due to the size of the place) but dedicated pit broke out up front, with the guitarist and singer/word-slurrer jumping in the middle of the pit, and playing there for the entire set. I wasn’t expecting to see a 80s style punk rock band at this dance show…definitely fucking awesome. 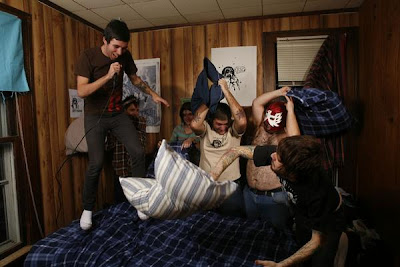 Yeeees! The reason I came to the show! When Totally Michael was done setting up, he announced that he only got three hours of sleep, and then drove eight hours, so he was feeling a little insane. Let me just say, the man looked exhausted, and still puts on one of the most energetic shows in music today.

Busting straight into Death Hill, the dance party didn’t let up for the rest of the night. The crowd responded much better this time than the mc chris crowd did a few months back, and my only complaint was I wish he was allowed to play for longer (Get With It Sierra would have been awesome to hear).

Setlist:
-Death Hill (Over and Over)
-(Don’t know the name, but it has everyone yelling “this is what music is all about”)
-Slow Jam
-Winona
-Cheerleaders VS Drillteam
-Casual Satisfaction

The next group, NinjaSonik took forever to set up, and there was house music playing for 45 minutes, which some in the crowd danced to the entire time. I caught part of NinjaSonik, and I would have liked to stick around to see Death Set, but I split early.