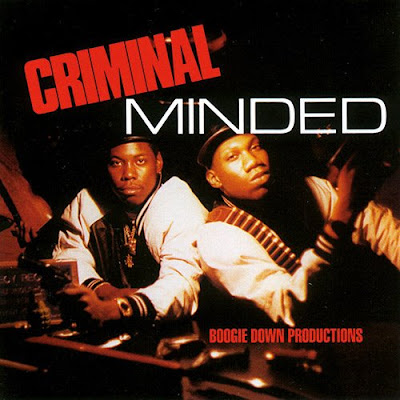 KRS-One is the greatest rapper to have ever graced this earth… period. But something I’ve noticed during his songs is the BlastMasta is always referencing “Boogie Down Productions”… so who the hell is BDP?

BDP was KRS-One’s old hip hop group formed with DJ Scott La Rock back in 1987, and damn, were their beats solid. The beats have a very old school/dubbish feel to them, and after listening to their “Criminal Minded”, I realized how much Sublime actually sampled from these guys.

The song matter differs, from tongue-in-cheek crime stories (9 mm) to a complete assault on hip hop from Queens (there was a rap battle between Queens and the Bronx over who were the originators of hip hop).

It’s definitely weird to hear KRS-One rapping without the usual intellect moral stories of his other material, but it was the death of Scott La Rock that changed his style (DJ Scott La Rock was murdered after releasing Criminal Minded, and BDP and KRS-One’s solo stuff became much more socially conscience).

I’ve been listening to “Criminal Minded” pretty much nonstop lately, and if you like solid hip hop, I’d recommend checking out some beats as well.

Snowboarding in the New Year (A Mix!)