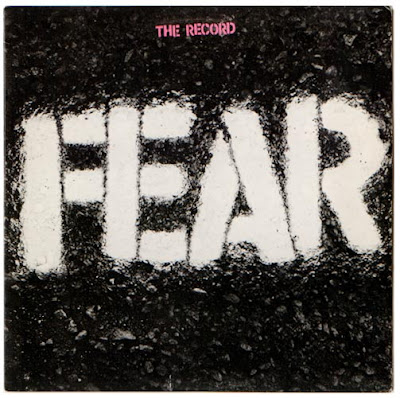 Sorry for the lack of post yesterday, I’ve been mad sick. Although I do have a funny story involving playing kickball and trash talking this big dude… who I later learned plays for the Philadelphia Eagles…. anyways…

So on Saturday, after the Bomb The Music Industry show, I knew FEAR was playing at the Trocadero, but when I tried to buy tickets it was sold out. It was a 21+ show, and they were having it on the Balcony (which holds 250 as opposed to the 1000 in front of the normal stage). I was heading home, and realized I wouldn’t be able to live with myself if I didn’t try to get in (I mean, it’s fucking FEAR), so I headed straight to the venue.

I waited outside for a good hour with some other kids trying to see if anyone had any extra tickets. Finally, I bought a ticket from someone and after trying to help some other kids find tickets, I headed inside just in time to see Mongrel.

Mongrel
While the crowd seemed to just shout “FEAR!!!” during their entire set, I gotta say, I was pleasantly surprised by Mongrel. The music was heavy and fast, mixing straight up punk rock with good ole’ fashioned rock and roll. They had an amazing stage presence, and the vocalist delivered his lyrics with machine gun speed I’m sure he can probably battle some rappers. If they come around your area, definitely check them out.

FEAR
I wasn’t sure how the crowd was going to react since it was a 21+ show, and I wasn’t really expecting anyone to pit, even though it was FEAR. Oh my god… am I glad I was wrong. The second Lee Ving headed up to the stage (there was no back entry, you had to go through the crowd), people started pushing to touch him (which I found hilarious… I mean, I like the band, but I’m not about to idolize the dude).

Once they were finally set up, they broke straight into “I Love Livin’ In The City”, and the crowd broke into the craziest pit I’ve been in a loooong time, and didn’t let up the rest of the night. There was none of that circle bullshit, it was a full blown frenzy with 15 people falling at once, people completely knocking down the bouncers (who just laughed, as they realized there was nothing they could do to control the crowd).

Now Lee Ving is an old dude, and I was worried the music would be toned down a bit… while his stage banter wasn’t as offensive as anything I’ve seen them do from the 80s, he definitely still has it. Although I must admit, the patriotic bullshit during the show was a bit grating…but I’ve learned to take everything Lee says with a grain of salt.

If they come around your area (except on Warped Tour), seriously, do yourself a favor and go see these legends. One of the greatest punk bands of the 80s, and even in his old age, Lee Ving is still more punk rock than 99% of the bands today.

MP3:
Fear – I Don’t Care About You (Demo Version)
Wurd Up
Some Rare Fear Demos