Ceremony – Still Nothing Moves You (For fans of Some Girls, Converge, Blacklisted) 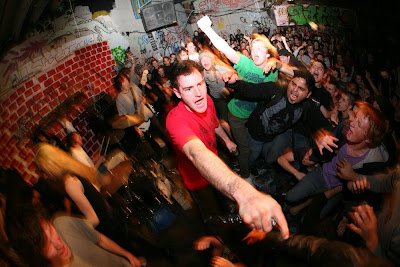 As I mentioned on Monday, I saw Ceremony for the first time on Friday night, was completely impressed, although I had my doubts how their ferocious grindcore would translate on album. After listening to 2008 release “Still Nothing Moves You”, I can say “pretty fucking well” with confidence.

I can’t listen to many grind influenced albums all the way through without getting bored (greeeat, you’re heavy and like noise, you’re different. I get the fucking point) but I can listen to Ceremony’s grind/hardcore over and over again.

Pulling influences from bands such as Some Girls and Converge, “Still Nothing Moves You” is a must hardcore album for people who prefer their music to resemble a jackhammer to the face.

Ruder Than You – Big Step (For fans of The Specials, The Slackers, The Pietasters)