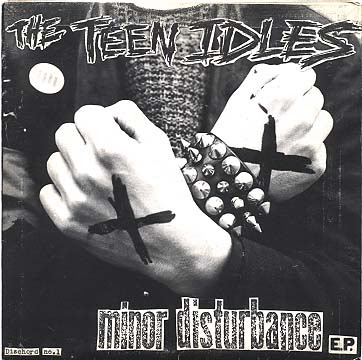 Before there was a Minor Threat, there was a Minor Disturbance (EP). Formed back in 1978 when Ian Mackaye (bass) met Jeff Nelson (vocals) (a classmate of his who was setting off a pipe bomb). This group of teenagers were one of the most influential bands in shaping 1980s hardcore.

Ok, so the EP was a precursor to some major bands, what about the actual music? Musically, the band was harsh, and similar to Minor Threat songs such as “Bottled Violence” and “Straight Edge”. Minor Disturbance is really short, with 8 songs ending in about 9 and a half minutes.

Definitely check out if you’re a fan of early 80s hardcore, and if you want to learn more about Ian Mackaye’s history… this was his starting point.

Wisdom In Chains – Die Young (For fand of Kill Your Idols, Sick Of It All, Blood For Blood)