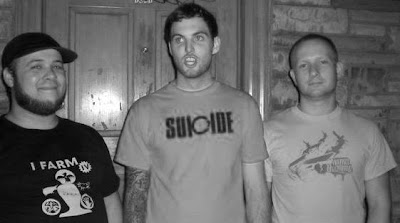 I’m not sure if I’ve ever fallen in love with an album from a band that I never heard of as quickly as I did with After The Fall’s “Fort Orange”. Seriously, first ten seconds into the opening title track, and I was sold.

Besides the obvious Propagandhi influences (and as we all know, any band influenced by Propagandhi knows what the fuck is up), After the Fall know how to write a pissed off yet passionate song. I may be completely off, but I imagine the vocalist to be one of those dudes who only sings with his eyes closed. Deep shit, man.

Many of their breakdowns remind of Strike Anywhere’s harder stuff (also coming out with a new album this year… stoked). After The Fall’s “Fort Orange” is a no frills, spleen tearing good time.

Mp3:
After The Fall – Fort Orange

Buy:
After The Fall’s Myspace