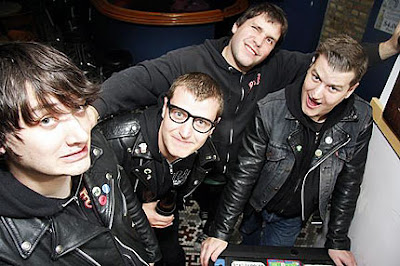 “Good god these guys are gonna get carpel tunnel syndrome soon with all the downstrokes” Teenage Bottlerocket have released a new song from their upcoming “They Came From The Shadows” that will be released on Fat Wreck.

The song itself sounds like pretty standard Teenage Bottlerocket, so hopefully this will prove that signing to Fat Wreck won’t change their sound at all. Get hyped!

Get Hassled By The Police