Youth Brigade, Off WIth Their Heads, The Casualties (Live In Philly)

Last night I headed out to Philly’s North Star Bar to catch Off With Their Heads with The Casualties and Youth Brigade. Since The Casualties were playing, I was expecting the place to be packed, but there was surprisingly a really low turnout.

Detournement:
First up was Jersey’s Detournement. The members of this band have a solid history, coming from bands such as Bigwig, Worthless United, and Ensign just to name a few. Last time I saw them in Philly, the sound levels were all off, and it really effected the overall performance (mind you, they didn’t even bother to do a soundcheck that show). This time however, I was pretty impressed by their set.

They play high energy, anthematic punk rock tunes, and it’s clear that they are doing it for the fun of playing shows. 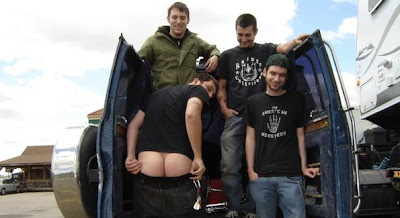 The reason I came to the show to begin with. While there may have only been 6 people into them, and I was alone moving around to the music, Off With Their Heads played a solid, pissed off, sing a long set. The vocals were a bit low, but that didn’t really put much of a damper on their sound as us 6 people in the front shouted along to every word.

The set was waaaay to short in my opinion, but they played a solid setlist with some highlights: I Am You, Until The Day, Terrorist Attack, For The Four. 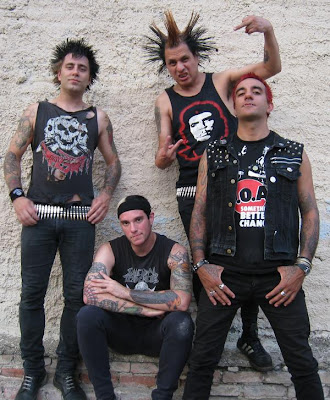 God, I’ve never seen so many kids in Casualties shirts all in one place before. It was clear that the majority of people were here to see these street punk veterans. It’s been years since I’ve seen or listened to these guys (2004), but they played a decent amount of older stuff that I remembered from back in the day.

People give The Casualties a lot shit for being stereotypical “punx”… but say what you want about them, The Casualties still know how to put on a good fucking show, and they introduced a lot of people to street punk (which is never a bad thing).

By far the calmest Casualties show I’ve ever been to, with people content just watching and a pit breaking out only sporadically. There were signs that said “no moshing”, and I’m wondering if that scared everyone off.

Setlist:
Criminal Class
Tomorrow Belongs To Us
Get Off My Back
Media Control
Under Attack
Carry On The Flag
We Are All We Have
War Is Business
Punk Rock Love
Riot
Looking Through Bloodshot Eyes
Social Outcast
For The Punx
Ugly Bastards
Made In NYC
Blitzkrieg Bop Cover (let fans sing this one)
Punx Unite

I decided that if I drank, I would create a drinking game. Everytime the Casualties say “punk” in their songs, you need to take a shot. Of course you’d be wasted 10 seconds in. 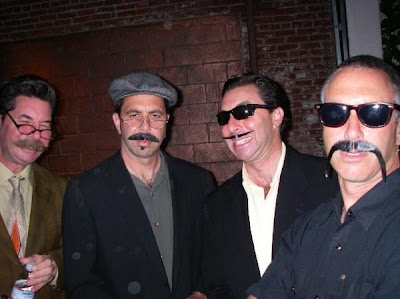 The younger crowd cleared out while the older crowd poured in. While I admittingly am not too familiar with their music, there was nooo way I was going to miss the Southern California legends. They seemed to be having a blast on stage, and the crowd returned the enthuisiasm, shouting along all the words. Fuck, I didn’t even know all the words but I was shouting along.
If they come around your area, do yourself and go see them, you won’t be disappointed.

Setlist:
Where Are All The Old Man Bars
Violence
It’s Not Like That
Sick
Spies
You Don’t Know Shit
Fuck You!
Punk Rock Mom
We’re In
Modest Proposal
All Right Then
Believe In Something
Did You Wanna Die
Street Dominator
Fight To Unite
I Hate My Life
Sink With Kalifornia
Men In Blue

MP3:
Off With Their Heads – Until The Day

More:
Off With Their Heads – From The Bottom