Last night I headed out to Philly’s First Unitarian Church to go see one of my favorite bands since I started listening to them back in ’01. I was a sore as crap from the soccer game and Static Radio NJ show I was at the day before, and worried that I wouldn’t be able to move at all during the show. 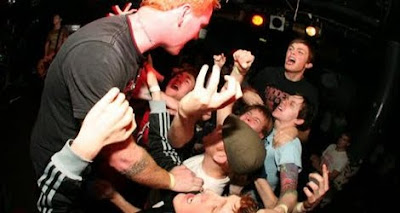 First up was Baltimore’s Ruiner. I missed about half of their set due to the fact I was out doing some photography stuff, but the rest I heard sounded pretty good. Brutal hardcore, the band had a devoted few who were constantly stage piling.

The heaviest band of the tour, my only gripe was when the lead singer was talking about how “in a world where people would rather steal music from bands then to pay them the money they deserve”. Face it dude, if it weren’t for downloading music, 90% of the people who were there, grabbing the mic from you and shouting along to every word, buying your merch, wouldn’t be there if they didn’t download your songs. You’d be another no name band that people would skip over, because no one wants to shell out money for something they’ve never heard. Those days are long gone. 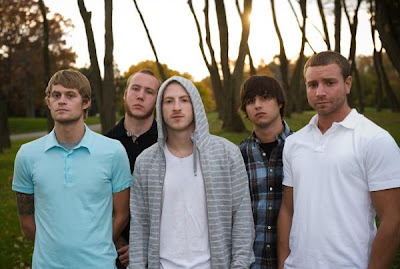 I’ve heard a lot of hype over Crime In Stereo as of late, and while they did put on a decent set, I just can’t get into them. The crowd was damn into them though, and they seemed to be having fun on stage, feeding off the energy. They play hardcore mixed with more post-hardcore styles (Brand New), and while I was able to dig their heavier stuff, I just couldn’t get into the more screamo, softer sound. 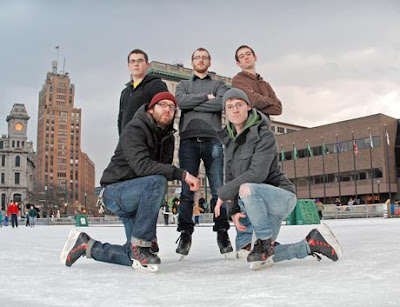 These guys put on a decent set, but in all honesty, I had a bit of a hard time getting into the slower rock music with only the occasional hardcore influence. In defense of Polar Bear Club though, I was getting pretty anxious to see Strike Anywhere by this point, so I’ll give them another chance when I’m not feeling so impatient. 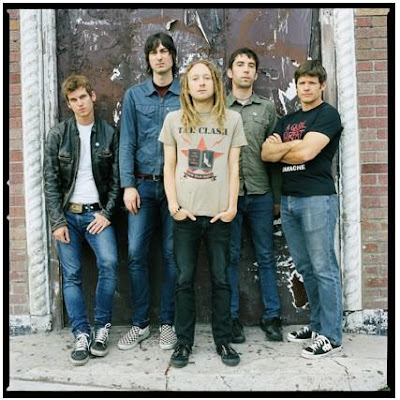 What the fuck Philadelphia? Seriously, what the fuck? I have never been so embarrassed of my current city than during Strike Anywhere’s set. The crowd didn’t move at ALL besides a small handful, and everyone was standing in the back. Stage dives were kept to a minimum, and people up front were getting pissed off that a select few people were *gasp* jumping off stage at a hardcore punk show. The crowd sucked the life out of the room, and I tried to remain amped by stage diving, mic grabbing and dancing (by myself at many times). I felt like I was at a god damn indie show, but I’m pretty sure indie shows were more energetic than this show. But enough bitching about the crowd…

Strike Anywhere killed it as usual. Last time I saw them over a year ago, Strike Anywhere took a break between each song which I though was weird, but they had some transitions this time around. Thomas was bouncing around the stage as usual, throwing the mic into the crowd, and having a blast on stage. The new songs off Iron Front translate really well live, and they definitely threw more than a handful of older songs at us.

The band didn’t come out for an encore, as the place started to clear out already (although I was shouting for another song until the lights came on).

Also: I tried to use earplugs for the first time this show, as I’ll definitely go deaf with all the shows I go to, and for the life of me can not stand having that feeling in my ear (I also can’t wear earbuds for the same reason)… any suggestions?

Housewives Homegrown: Heck Yes! (For fans of Totally Michael, Matt and Kim, Atom and his Package)