On Sunday, against my better judgment (I wasn’t feeling well, and wound up running a fever), I headed out to The Barbary to go see Minneapolis punk rockers, Off With Their Heads. I got there late, but the show was also running about an hour late as well, so I made it right in the middle of Dirty Tactics set.

Most people seemed to be hanging out in the back for these Philly locals, except for a small handful of people (including Dan Yemin, who seemed to be digging them). I don’t know why, because Dirty Tactics were pretty tight live. While a little more garage/indie influenced than I usually dig, they didn’t sacrifice any speed or punk rock sensibility (an oxymoron?), and had a sound that they could call their own. 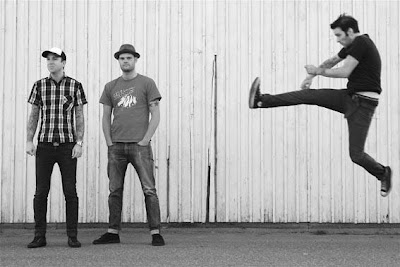 Coming all the way out from Sweden (the 2nd Swedish band I’d seen in a matter of 3 days… weird), Small Town played melodic punk rock mixed with pop sensibilities. I wasn’t really feeling their set at all that night, just a bit too poppy for me. 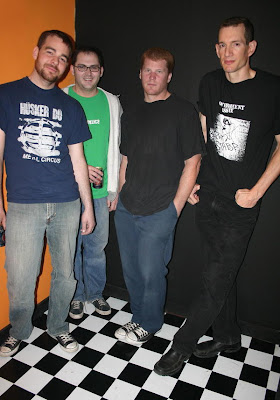 I always feel bad for bands that feature a prominent member of another more influential band, as the focus is usually on how the new band compares to the old. I’ll try not to fall into the same trap (although it may be unavoidable). Chicago’s The Bomb played a solid set, featuring Jeff Pezzati of Naked Raygun fame. The live performance energy was a bit underwhelming (although I noticed a reccuring theme with shows I go to… Sundays are fucking tame), but the guitarist made up for it with his constant kicks and jumping around the stage. The vocals set this band apart from the sea of other punk bands out there, and I’ll definitely add them to my list of bands I need to check out. 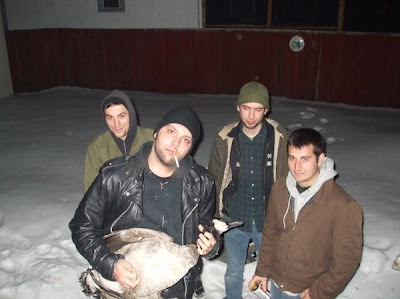 Finally, the reason I came out to the show to begin with. Unfortunately, due to the fact it was “karoke night” (whoopie fucking do), the band had to play a shorter set than usual, and since apparently everyone in the crowd was fucking lame, the dude with a 101 fever was rocking out the hardest (seriously, to say that I felt like I was at an indie show would be to kind to describe this crowd). Only a handful of people were singing along at all (which seemed strange for a headlining band).

Nonetheless, Off With Their Heads played a tight set, with the majority of songs coming off of “From The Bottom”.

Setlist (Not in order, and from what I rememeber):
-I Am You
-Until The Day…
-Go On Git Out Now
-Janie
-Keep Falling Down
-Fuck This, I’m Out
-For The Four

MP3:
Off With Their Heads – Until The Day…

More Sweet Articles:
Off With Their Heads – From The Bottom
Over Stars and Gutters – Consider This Your Curse
The Soviettes – LP

Subb – Until The Party Ends (For fans of Sublime, Suicide Machines, Saves The Day)

SNFU – In The Meantime and In Between Time (For fans of NOFX, Satanic Surfers, The Deviates)