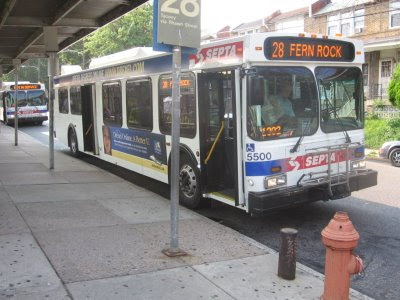 So things have been a little interesting here in Philly. While states like New Jersey and Virginia both elected dicks as governors (seriously, the new governor of Virginia believes that contraception should be banned, women should be paid less than men to encourage them to stay home, and unwed couples living together should be thrown in jail… looks like I dodged a bullet leaving that state), we’ve been having our own excitement in Philadelphia.

The Phillies are in the World Series (fuck that team, go Yankees), but more importantly, the public transportation system, SEPTA, has gone on strike. The entire city is without any form of public transportation, including buses and subways. People have been reporting that they’ve walked miles to get to work. I also rely on SEPTA to get to work, but fuck it, I’m just not going to go to work. If the strike lasts a month, sweet, no work for a month!

MP3:
Atom And His Package – Head of SEPTA, Nose of Me
Osker – Stop the Bus
Strike Anywhere – You’re Fired

More Sweet Mixes To Strike To:
Songs to Piss Off The Personal Fitness Trainer Below Me Mix
Drunken Yuppies Breaking Into My House Mix

Rock Plaza Central- Are We Not Horses

The Muggers – Self Titled (For fans of Rancid, Anti-Flag, The Peacocks)