On Friday night, I headed out to Philly’s Starlight Ballroom in order to catch the Ska Is Dead Tour (a tour that I have caught practically every year it came around since their first one). After getting rained on in line, I got in free because some nice dude had an extra ticket and just gave it to me, makes up for the $20 I lost at that venue!

Most people there seemed to be there for locals Last Martyrs of a Lost Cause, who announced that this would be their final show. They had a fill-in lead singer who seemed to do pretty solid, but I never really liked this band’s music, so I can’t give a fair recap.

Chicago ska-reggae. I’ve never heard DGB before, but I was impressed with their energetic, fun set. They seemed to have some problems during the sound check, but you definitely couldn’t tell once they started playing. Their music reminded me of The Slackers or Ruder Than You. Definitely check them out if they come around your area.

These ska core veterans have been at it for a while, and after seeing their set on Friday night, these So-Cal dudes definitely still have it. The space cleared for a skank pit once the band started, and while it seemed many in the crowd didn’t really know their music, the few dedicated who did kept things moving (ok, at times, I was the only one moving… but I was going nuts). The band played a collection of songs, including Fat Randy and Charlie Brown. One of my favorite live bands, Voodoo always is high energy. 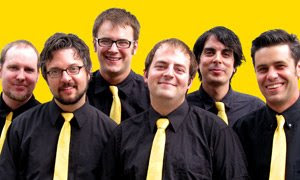 Christ, I’ve been listening to these mo-fos for ever now, and was stoked to finally get to see them for the first time since last year’s Ska is Dead tour. When they first started, their sound levels seemed to be off, and the band seemed to be lacking their normal energy, but within 3 songs, they were back to their normal high energy show. Playing a solid setlist (although again, they refuse to play anything off of Yellow #5). 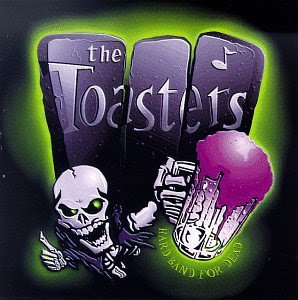 The show was running late, and it wasn’t until a little after midnight that NYC’s The Toasters took the stage. Because of this, a lot of people cleared out of the venue, and only a few handfuls remained. Shame, because the band put on a sweet, energetic ska set. I swore to myself I wouldn’t skank anymore after Mustard Plug (because of injuries due to previous sports games) but that was thrown out the window the second they took the stage. A good set, see them if they come around.