Jesus Chirst on a pogo stick! Municipal Waste has been one of my favorite bands for quite some time now, but for some reason, every time they come around, I can’t make the show. So needless to say, I was stoked out of my mind for this show.

Only problem? I got home from work, and felt like complete shit. I actually passed out for a good 45 minutes before the show started, and when I woke up had a killer headache. Aw heell no! No way I’m going to let anything get between me and going apeshit at the Municipal Waste show! So I upped the caffeine intake before I left and through out the show once I got there.

I got to Philly’s First Unitarian Church basement just in time for Toronto’s Cauldron. The basement reeked of stale beer and ginkgo fruit from the tree outside (for those unaware of what ginko smells like, it’s known for it’s similar smell to shit… seriously). 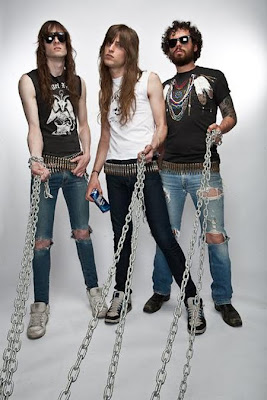 Wow their hair is certainly long! I watched as the long haired metal kids rushed up front to headbang. These metal kids twirl their hair in such perfect unison, it’s almost beautiful, like some sort of birds of paradise mating call. Oh, except for one crust girl, who was so wasted, her pants were falling to show her plumber’s crack (please put that shit away) and she wound up hurting herself in the pit… when she was the only one dancing.

Cauldron was actually pretty solid live. They played traditional metal, and the lead vocalist sung the lyrics instead of growling or any of that cookie monster vocal stuff. At one point during the show, some juggalo (why was he there?) jumped on stage, took the mic, and started bitching about how he wanted to hear some rap metal. The guitarist starting pushing him off, but the vocalist ingeniously defused the situation. The singer asked the crowd how many people want to watch this juggalo stage dive, and then devoted the next song to all the juggalos in the crows (IE: him). It would have been a lot better if he jumped onstage during Municipal Waste’s set, because I know that band would of beat the piss out of him. 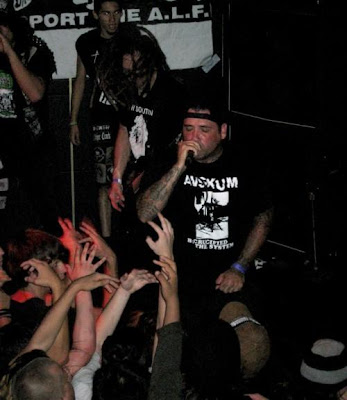 I went to go grab some more caffeine and a banana (up the potassium punx!) and when I got back, Phobia took the stage when I got there (sorry to my friend Jim, who when the pick broke out, I spilled hot tea all over him… oops). Phobia fucking murdered it. I didn’t know much about the band, but they played brutal crust/grindcore in the veins of Napalm Death or Swallowing Shit.

The crowd went assholes over heels for them, and had a giant pit going the entire time. Definitely need to check out some of their recorded stuff, and if they come around your area, check them out. 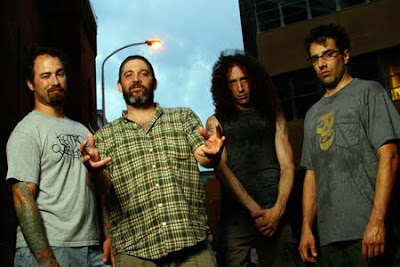 I’ve heard good things about this NY deathgrind band, but to be honest, I wasn’t really digging their set, and judging by the crowd’s reaction, not too many other people were either. I think it may have been different if they went on before Phobia, but I just wasn’t too impressed.

They seemed a bit sloppy (which is usually fine for a grindcore band), but it was different than usual. It was almost as if the vocalist and the rest of the band were two separate entities, just both playing at the same time. 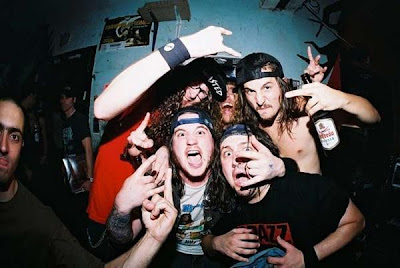 Hoooooly shit! Finally, after way too much caffeine (I actually was shaking slightly), Municipal Waste took the stage and the place erupted into a shit show. Boogie boards were flying, people in shark costumes/banana (postassium punks again) running wild, and a circle pit that was pretty much nonstop the entire show (which I only took one break from, and that was to stage dive). The floor was completely beer soaked, and it seemed like nobody was able to keep from slipping.

They played a decent amount off of their 3 latest albums, and even a few off of their first Waste Em All. The songs off of Massive Aggressive translate much better live than they do on record, and while at first I had some reserves about the album, I definitely think I’ll have another few listens after hearing the songs live. One of the best live bands around, hopefully they’ll come around again soon, or I might have to make a pilgrimage to my college state to see them in Richmond sometime.