Everybody and their mom has a top 10 music releases for 2009. I’ve read a bunch of lists, and it seems like everybody really dug Paramore, Tegan and Sarah, and Matt and Kim. In the interest of music that doesn’t happen to be on Pitchfork’s list, here’s my top 10 for 2009. 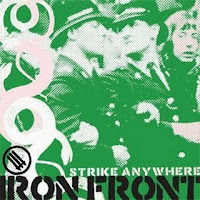 These Richmond now moved to Los Angeles melodic hardcore dudes never disappoint. Channeling the energy from earlier releases such as “Change is Sound” and blending it with the harmonic perfection of “Dead FM”, Strike Anywhere has a bunch of stand out, catchy as super glue tracks on their 09 release of Iron Front.

Over the course of 2009, mc chris released a bunch of EPs (Part I, Part II, and Part III) that proved that our beloved dirty mouthed yet clever as fuck mc was back. Sure, I enjoyed “mc chris is dead” as much as the next guy in line, but it almost felt like mc chris was trying too hard to get radio play. The part 6 Series expanded mc chris’s sound, as he pulled influences from ska, j-pop, and straight up hiphop to name a few.

8. Teenage Bottlerocket – They Came From The Shadows 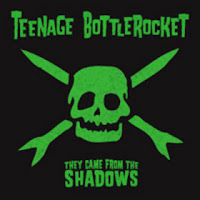 There’s two things in life that are consistent: Death and Teenage Bottlerocket putting out a hell of a release. These Ramones influenced Wyoming punks managed to top into some heavier music (Bigger Than Kiss, Fatso Goes Nutzoid) and still dished out the heartfelt pop-punk tunes that won Teenage Bottlerocket fans in the first place. 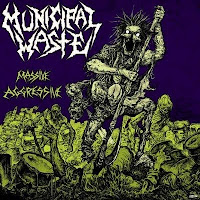 Speaking of consistent releases, Municipal Waste’s Massive Aggressive brings back the party/zombie thrash. Some of the songs are a little slower paced than what we’re used to, but they still shred faster than any band out there. Lyrically, the band has matured a bit too, tackling some political issues (in between their songs about mutated wolves of course).

These Long Island dudes definitely don’t get enough love. Playing blazing fast hardcore without the boring mosh parts, Barnaby Jones released one hell of a debut. They’re not very well known right now, but if they keep it up, expect a stage diving fest the next time they come around. 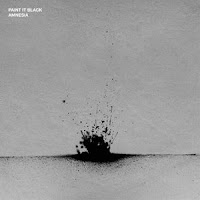 Giving up on the full length format, Paint it Black decided that they would take a play from the hardcore book and release two EPs as opposed to a full length. Seems to have worked pretty well, and we’ve heard some of Paint it Black’s heaviest and most melodic songs they’ve ever produced. Unfortunately, the band is on a temporary hiatus (Dan Yemin is now a dad: if you’re reading this Dan, congratulations! We expect your daughter to be stage diving by 5 years old. He also started a blog about parenting, that makes a surprisingly interesting read for even those of us who aren’t into parenting) but is still writing new songs. 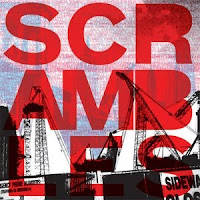 You could be a whiny little douchebag (we’re looking at you IFPI & RIAA) or you can be one of the most respected, DIY groups around. I have a ton of respect for Bomb the Music Industry, where they release their album for free (or pay what you want) , keep shows cheap, and still manage to release their best album to date. The most developed, heartfelt, rocking songs BTMI has ever written. 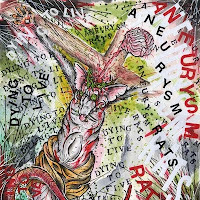 Holy shit, what can I say about the Aneurysm Rats? Heavy and fast as hell with some of the most meaningful (yet sometimes cryptic) lyrics I’ve heard from a hardcore band in a while. I listen to this one a few times a week. Also, bonus for the incredibly sick album art.

2. Lighten Up – Absolutely Not 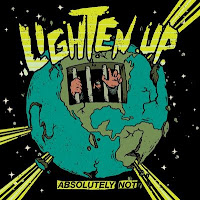 What is with all the ridiculously sick Philly bands on this list (Aneurysm Rats, Paint it Black)? I’m not being biased, but ever since my current city produced Kid Dynamite, some of the best hardcore bands have graced these streets. Lighten Up proves that they’re straight outta Philly with their explosive live shows and their lightning quick hardcore. 12 songs in 18 minutes? That’s fucking hardcore right there. Lighten Up deserves a lot more attention then they are getting, and if you are going to check out one band you’ve never heard of before this year, make sure it’s these guys. 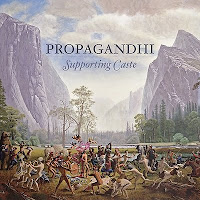 By far my favorite release this year (although Lighten Up was a close 2nd). Propagandhi has evolved quite a bit since How to Clean Everything, and Supporting Caste could possibly be my favorite release ever from these Winnipeg thrashers. A complete shredfest, with some Less Talk, More Rock influences as well. It seems like since Obama (fuck that guy by the way… typical spineless corporate funded Democrat) has been elected, bands haven’t been as political, but at least we have these Canadians to keep our eyes open and let us know shit’s still fucked.

Inquisition (For Fans of Strike Anywhere)