DS 13 – For The Kids, Not The Business (For fans of Minor Threat, Millions of Dead Cops, Black Flag) 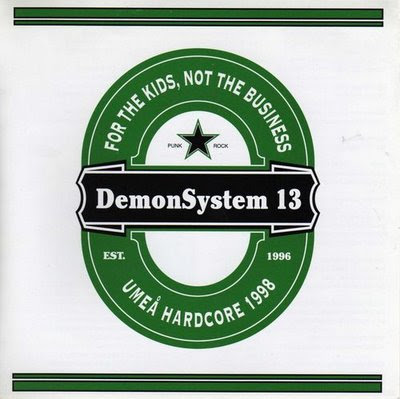 Take a healthy dose of early United Stated hardcore/punk bands such as Minor Threat and Millions of Dead Cops, mix it a bit with some Swedish hardcore influences, and you’ve got yourself DS 13. Demon System 13’s lyrics are in English even though the band hails from Umea, Sweden.

DS 13’s 7-inch “For The Kids, Not The Business” is a brutally fast onslaught of 13 songs. The music, although released in 1998 (which has been 11 years now? Jeeeesus!) sounds like it came straight from the 80s, and any fan of old school hardcore punk can appreciate.

Buy:
I Believe This is Out Of Print… Try Ebay Homies.

Full Set Videos This Is Hardcore 09

Potshot – Pots and Shots (For fans of old Less Than Jake, Big D and the Kids Table, Nicotine)