Last night, I headed out to Philly’s Barbary to catch one of my punk favorites, None More Black. The show was completely sold out, (lucky I bought a ticket in advance), and I missed openers Gypsy. 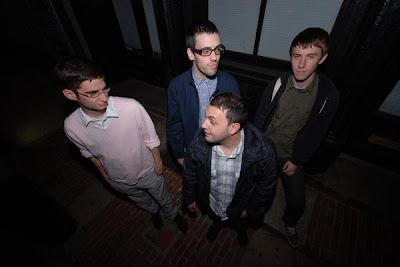 I did make it in time for NJ’s Man Overboard. Playing a brand of pop punk not unlike Lifetime and The Wonder Years. I didn’t really dig them, but I’m not into really into that style of punk. Many in the crowd seemed to love them, and I have to give them props for their attitude. The band was just completely stoked to be there and to be playing with None More Black. 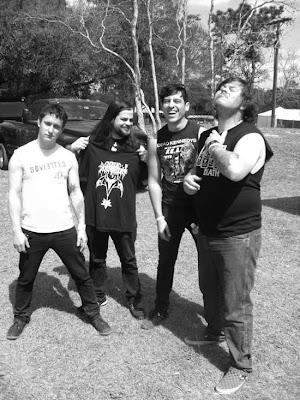 For as long as I’ve been listening to these guys (about 7 years), I’ve only seen them once about 6 months ago, and they were opening for The Bouncing Souls at The Trocadero (not the most intimate of settings). The crowd was relatively dead at that show, so I wasn’t sure what to expect here at the small, barrier and bouncer free Barbary. The show was rowdy as hell, thank god. I told myself that I was going to remain semi-calm as I have a bit of a knee injury, and really should not be going apeshit. That was thrown right out the window the second they hit their first note.

Opening up with Bizzaro Me, the band really didn’t let up through out the entire set. Stage banter was kept to a relative minimum, and except for a few “what the fuck are you guys talking about” in response to some in the crowd shouting things like “smoke weed” and other semi-retarded things.

For the majority of the set, people (including myself) kept a respectable size put going, and constantly bum rushed and crowd surfed to the stage. None More Black even played a few new songs off the album that they are recording, and from what was played, it sounds pretty fucking sweet.

At one point, Jason brought up on stage one of the old founding members of the band, and had him play two of their older songs. During the final song, the band started to walk off stage, then the crowd did the predictable “one more song”, which they came back, grabbed their instruments, and played one note before walking off and saying good night. A dick (yet hilarious) move, and to think, I was being nice and didn’t yell out one Kid Dynamite request all night. Next show, we’ll have some retaliatory “Play Heart A Tact!!!”

Setlist:
Bizzaro Me
My Wallpaper Looks Like Paint
Banned From Teen Arts
We Dance On The Ruins Of The Stupid Stage
Dinner’s For Suckers
With The Transit Coat
Mr. Artistic
Drop The Pop
Genuine Malaise And Misery
Everyday Balloons
Opinions and Assholes
Zip File
Peace On Mars Cause You Ain’t Gonna Get It Here
Oh There’s Legwork
Vacancy

More:
Smoke or Fire – This Sinking Ship
None More Black With The Bouncing Souls

Dumbass Yuppies Thinking I’m Trying To Break Into Their Car (A Mix!)