Protest The Hero – A Calculated Use Of Sound (For fans of Propagandhi, Symphony X) 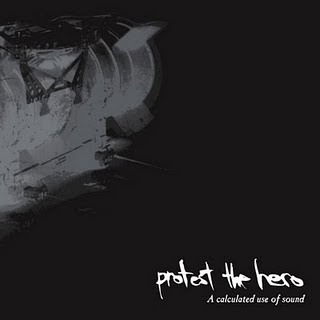 Ahh… Protest The Hero. One of my favorite bands that receive pretty mainstream success with their albums Kezia and Fortress. These days, Canada’s Protest The Hero is often labeled as a proto-progressive metal band, but they didn’t start out that way.

When I first started listening to Protest back in 2003 with their first EP release of “A Calculated Use Of Sound”, the band was described as a political punk/hardcore band who was influenced heavily by Propagandhi. A Calculated Use Of Sound is unlike any of their other albums where the music is much more raw and more more in-your-face political than the imagery and symbolic lyrics the band uses now.

Recorded when the members were just 16 years old (making me feel like the biggest fucking underachiever who has ever walked this earth), ACUOS is pretty solid and what turned me onto the band to begin with. The album is only 6 songs long (or 7 if you get the re-issue I hear), but all the songs are pretty damn good, and show you the roots of the band.

The biggest complaint I’ve heard is that Rody’s voice is incredibly annoying at 16, but it doesn’t really phase me much. Songs such as “Red Stars Over The Cowshed” show their more punk roots both musically and lyrically with a chorus that shouts “Yes I want to topple the system held in place by financial greed”, while the song “I Am Dimitri Karamazov And The World Is My Father” shows the band’s evolution towards their current sound.

Fans who got into the band through their later releases would probably listen to A Calculated Use of Sound, and be like “what the fuck is this shit”? While I do like Kezia and Fortress better than A Calculated Use, I can’t turn my back on the EP that got me hooked on the band to begin with recorded by a bunch of 16 year old punks listening to Propagandhi.

MP3:
Protest The Hero – Red Stars Over The Battle Of Cowshed