Bomb The Music Industry – Get Warmer (For fans of Big D and the Kids Table, Arrogant Sons of Bitches, Mustard Plug) 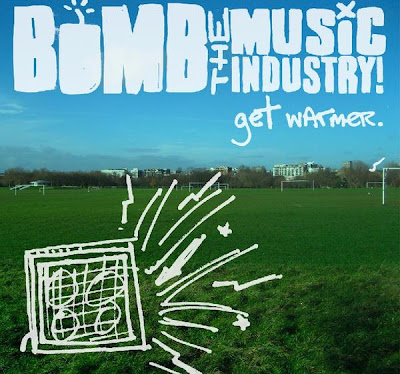 Sometimes it really surprises me what I post on and don’t. I swear, I think that I post on an album, then I look through some older posts, and I completely skip some albums that I listen to all the damn time. Bomb The Music Industry’s “Get Warmer” is one of these albums, and with the weather finally getting nicer, why the hell not right?

BTMI is one of the hardest working blah blah blah you should know their DIY ethics by now. But I will tell you this: Get Warmer was definitely a turning point album for the band as earlier releases usually just featured Jeff. But on Get Warmer, Jeff recruited a bunch of people to record, giving the album a much more real band feel to it. Get Warmer also leans much more in the ska direction than any other album released by BTMI.

I’ll admit, while I’ve always liked Get Warmer, the awesomeness of it didn’t really hit me until a few months back. Songs like “Pizza Claus Is Coming to Town” and “493 Ruth” remind why I love BTMI so much. I can really relate to most of the songs on here as well: anthems about adulthood. A solid album, check it out if you’ve never heard it before, and if you have, maybe it’s time to pop it back in your stereo.