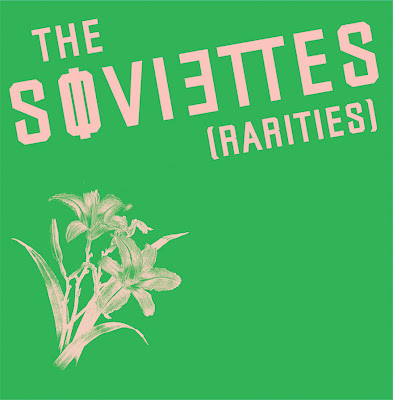 You know what really sucks? When a band that you like a lot but never got to see live breaks up. (10 points to you if your answer was “your mom”). However, it does completely rule when said band decides to do something totally awesome like release every rarity and unreleased song, and it’s a million fucking times even more sweet when they do it for free.

As I’m sure you gathered by now (unless you’re incredibly fucking dense), The Soviettes have done just that with their 18 song release “Rarities”. Rarities contains material spanning over the life of the band, and would be a great introduction to anyone just getting into the pop punk, female fronted Minnesota band.

The songs are much more raw than most of their other material, but it works for these songs. Fans looking for the melodies and harmonies of LP III won’t find too much of that on here though. Songs like Sandbox let us hear a more “rough around the edges” Soviettes, which is definitely cool to hear.

I’ve heard mixed reviews about the album, but I really enjoy “Rarities” and with the price tag (free), you can’t really go wrong. Now if only they did a re-union tour.