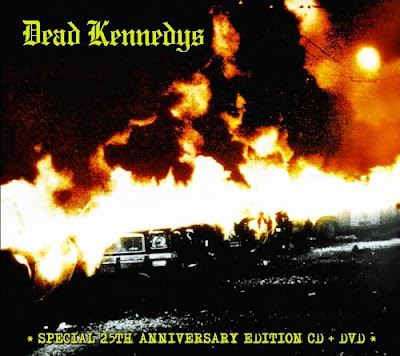 Alright, I’ll admit it. If you asked me years ago who the top 5 most overrated punk bands are, I would have thrown The Dead Kennedys on that list (along with Rollins era Black Flag). Sure, I like the Dead Kennedys (and Black Flag), but it seems like everyone has a huge circle jerk over them (see what I did there?) Well, in my older and wiser years, I officially retract my statement.

Truly one of the most influential punk of the 1980s, the Dead Kennedys took the punk world by storm with their debut “Fresh Fruit for Rotting Vegetables” and created an instant punk classic. The album is brash, political, and hard hitting. Jello Biafra’s urgently spits out his sharp witted lyrics with a sound of impending mental breakdown in his voice.

I’d try to pick a favorite song off the album, but seriously, there are way too many that are really damn good. Kill The Poor, Drug Me, Holiday In Cambodia, etc… impossible to fucking pick.

I Never Get Sick of This One