Hey, you want to know the least punk rock city in the country? West Chester, PA. This show should have happened in Philly, but more on that later. Last night, I headed down to West Chester’s PA The Note to catch one of my favorite street punk bands around, Philly’s Violent Society play with the legendary GBH. The show was 21+, and the turn out wasn’t very good, but the bands still put on a great show.

I got there right as Philly’s Dirty Tactics started, and there were a total of 4 people actually watching them: myself, the lead singer of Violent Society, and two girls who knew the band. Shame that everyone else was in the back near the bar not paying attention at all, these dudes were tight.

I’ve seen them open for Off With Their Heads at the Barbary before, and this time they put on a much better show. Playing melodic punk rock that reminded me a lot of Smoke Or Fire, these guys definitely played their hearts out for us 4 people, and they get endless props for that. 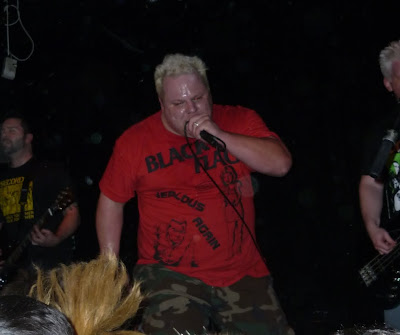 Next up was the main reason I came, Violent Society. Last time I caught these dudes it was with Blanks 77 in my friends living room… this was a very, very different vibe. Most people seemed content just sitting with their drinks watching. I wanted to go apeshit and start a pit with the 20 or so people watching, but everyone looked way too concerned about spilling their drinks. Adults are so fucking boring.

Regardless, Violent Society played a sick set, and for much longer than I anticipated (which was obviously welcomed). They blasted through a few new songs I was unfamiliar with, but also played classics such as I wanna Know, Disorder, It’s Only Your Life, Culture Magnet, You’re Gonna Fall, and a bunch others. Fuck yeah! 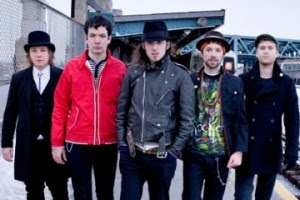 Ok, I have no idea where to pin these guys. The crowd dwindled to about 9 people actually watching (although there were about 50 in the back at the bar), but they played their hearts out regardless. Although some of the members seemed to have a bit of a rock star attitude, it was such an odd collection onstage. They had slower reggae songs, some new wave style ones featuring a keyboard, some spanish influenced trumpet songs, one military march sounding one, some straight up rock songs, and a bunch more that collectively confused me.

I was having a hard time getting really into them, but they weren’t horrible by any means, just not my style. 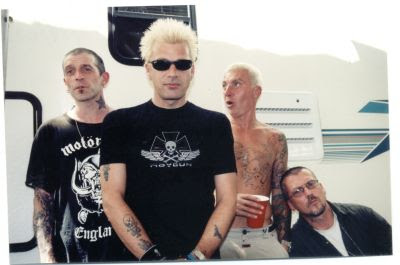 Ok, this is where I become embarrassed of West Chester. Dear GBH, if you happen to be reading this, West Chester is not Philly… it’s a boring ass suburb where people are afraid to dance because they might spill their drink. Punk shows become like the most subdued funeral service. Please, don’t play there again.

Ok, I am way too pissed off to write a good, critical review, but I’ll say this. Running strong for 31 years, legendary GBH played their fucking hearts out, and the crowd mostly stood in the back while only 15 of us were up front. Even a smaller amount tried to get a pit going (including myself), but two people who were knocked over some people’s drinks and then got into a fight and were kicked out.

The band killed it onstage, although were incredibly confused by the crowd’s shitty, disinterested response. When they played their final song, the lead singer simply said “well this has been completely uninspired. Fuck off” and walked off stage. Next time play Philly.