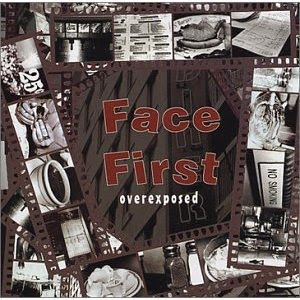 When you think of New Jersey ska, bands such as Catch 22 or Streetlight Manifesto come to mind (maybe if you’re a long time reader here, you’ll think of Hub City Stompers or Folly). Face First however was one of the most underrated NJ ska bands out there. I popped in their “Overexposed” album for nostalgic sake the other day, and I forgot how much I used to dig these guys.

While Face First disbanded back in 2002 to form the much more emo-y and trendy Houston Calls, they put out some really solid ska back in the day. The ska itself is a little more poppy than I usually like (such as High School Football Heroes), but the music itself is catchy. Some of my favorite Face First songs come from 2001’s Overexposed, including Fourth Floor and One For The Road.

If you’re like 95% of people out there who despise ska, then you could skip this one, but if you’ve been craving some ska you’ve maybe never heard of, then definitely check out Face First’s Overexposed.

Buy:
Way Out Of Print…

See Ya In A Week!