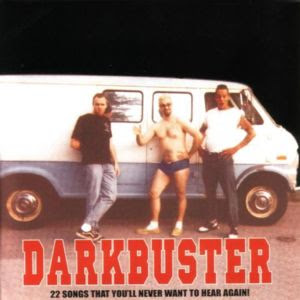 I’ve been a fan of Darkbuster’s “A Weakness for Spirits” for a while now, but for some reason, I never really got around to checking out their debut release “22 Songs That You’ll Never Want To Hear Again”.

For those unfamiliar with Boston’s Darkbuster, they play punk rock / oi with the occasional ska song, sort of like if early Dropkick Murphy’s decided that they wanted a horn in 3 of their songs. As you can tell from the title, “22 Songs That You’ll Never Want To Hear Again” contains 22 songs (although that’s sort of a stretch, since a few are just 5 second clips of the band calling you a jerk).

While I personally like their sophmore release “A Weakness For Spirits” better, there are definitely some standout songs on “22 Songs” including That’s Correct, Nothing At All, and Lilith Fair. If you’re into oi or just some straight up punk rock, check it out. You’ll be singing along to “I Hate The Unseen” regardless of how much you may dig The Unseen.