Last night I headed out to a basement show somewhere in the depths of Philly at the Bordello to catch one of my favorite Philly bands “Lighten Up”. The show was small, with probably around 30-40 people there. I never listened to any of the other bands on this show, but they were tiiiiiight son. Also, Spraynard was playing last, but I had to bounce beforehand so I missed their set. 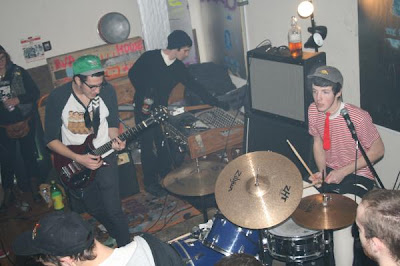 I honest to god have no idea how I never managed to catch these local Philly dudes. They’ve opened for various shows that I’ve been to, but for some reason I was always running late and missed their set. They played solid garage punk, and seemed to be having a blast playing with Four Lokos in hand.

This Is Your Life

Holy shit, these guys fucking ruled. Coming from Richmond VA and on tour with their buddies Hold Tight, This Is Your Life played an energetic set. Some of their riffs reminded me a bit of Propagandhi or The Wilhelm Scream, except with more hardcore influences. They played a cover of Minor Threat’s Filler which got the crowd singing along. Tight set, would definitely check these guys out again. 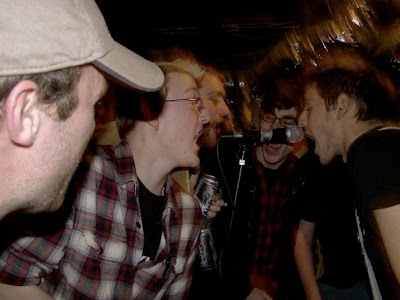 I was talking to someone before Hold Tight set up, and was told that they were a pop-punk band. I was a bit skeptical at first wondering if I would like them or not, but after the first song I was completely sold. They reminded me a bit of early Saves The Day (Can’t Slow Down era) mixed with Lifetime. Definitely the feel good band of the night, and I couldn’t help but have a huge grin on my face throughout. Also, the fact they closed with Blink-182s “Pathetic” had me singing along to every word (don’t judge fuckers). 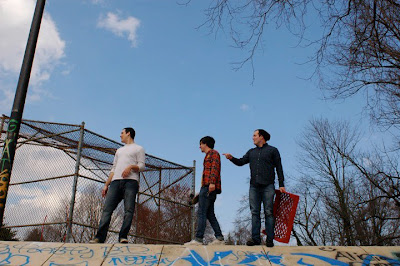 The reason I came to this smoke filled, intimate, fucking awesome basement. It’s been a bit of a while since Lighten Up played their last show in Philly, but they definitely didn’t miss a beat through out the set. Opening with their usual closer, “Absolutely Not” they had most in the crowd singing along to their furious brand of hardcore.

Playing a some of the new songs they’ve recently recorded (or at least made public), they translate really well live, and are definitely a bit more melodic than anything else they’ve written. Lighting quick set ending under 10 minutes.

Setlist (Pretty Complete, Not In Order)

More:
The Steal – Bright Grey
Lighten Up – Absolutely Not
Paint It Black – Amnesia
Friends of Friends