4 Past Midnight – Guilty As Charged (For fans of The Casualties, The Unseen, Blanks 77) 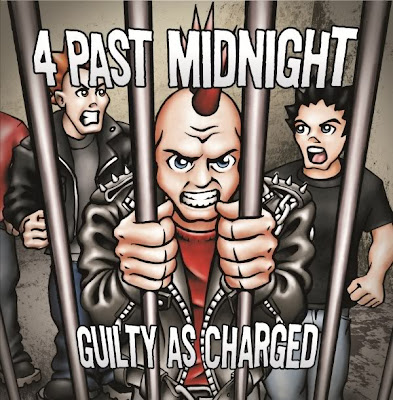 Quick, think of the best album that has come out of Glasgow, Scotland as of late. Pencils down! If you’re first thought was anything by Franz Ferdinand, you lose (you also fail if you said “huh?” but not as bad as if you said Franz Ferdinand). The correct answer is 4 Past Midnight’s “Guilty As Charged”.

Released back in 2008, 4 Past Midnight’s “Guilty as Charged”is one hell of a punk album. Playing street punk mixed with catchy melodies and a touch of oi, the songs are carried by crunchy guitars and snarling vocals. On songs such as “Shit”, the band plays more aggressive, traditional street punk while “Fuck Them All” is possibly the most catchy street punk “fuck you” song I’ve ever heard.

A highly underrated album that is sure to have been missed by a lot of people, I highly recommend this if you dig bands such Oxymoron, Violent Society, or The Unseen.