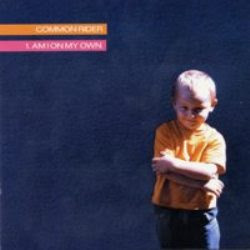 Most of you punkers out there know of Operation Ivy, the incredibly influential ska-punk band that pretty much kicked off the 3rd wave ska movement back in the late 80s. Once they came to their demise, Tim Armstrong went on to form the highly successful Rancid, but Jesse Michaels (the lead singer’s) band Common Rider was missed by a lot of people.

Formed back in 1999 and lasting until about 2003, the band released 2 albums, one split, and one incredibly underrated EP entitled “Thief In A Sleeping Town”. Released back in 2001, “Thief In A Sleeping Town” has only 4 songs, but is a solid listen. Three of the songs are much more punk influenced than Common Rider’s earlier stuff (although not as much as Operation Ivy), and one song is a complete reggae/ska song.

More:
Scenester 101: How To Be A 3rd Wave Dork
Have Nots – Serf City
Against All Authority – 24 Hours Roadside Resistance

Buy:
This One Is Out Of Print